Back in my childhood, there were no electronics for model rocketry.  Integrated circuits and semiconductors were just starting to be produced commercially.  Although Estes did have a manual camera rocket, I never purchased one.  Today, it is a different story.  Model rockets are flying altimeters, flight computers, GPS radios, high-definition video cameras, and even remote-control gliders.  So, let’s take a look at some model rocketry electronics that I have used.

To visit the vendors mentioned in this article, just click on the logo.

Today, it is much easier to measure the altitude of the rocket using electronic altimeters. They generally work by detecting the change in air pressure as the rocket climbs into the sky. So, this means that there has to be some holes in the rocket body to allow the pressure to change as the rocket ascends.

In smaller rockets, the recovery system deploys when a black powder charge in the motor ignites and pressurizes the body tube.   This works great when the rockets and motors are small and the flights are only going up 1,000 to 2,000 feet.  Deploying a parachute above that altitude drastically increases the chances of losing the rocket before it hits the ground.  Unless the high-power rocket launch is on a huge field; another method needs to be used to recover your rocket.

With the introduction of compact, reliable flight computers; dual deployment is relatively easy to achieve.  The flight computer program ignited charges or some other deployment mechanism to deploy the drogue and main chutes.  This usually means the rocket is built in three sections.  The forward section contains the main chute, the center section holds the flight electronics, and the bottom section has the motor and drogue parachute.

I have used quite a lot of electronics for various purposes on my flights.  The manufacturers listed below have provided my electronics in my flights so far.

My first flight computer, the StratoLoggerCF, and my favorite.  It is small, inexpensive and works like a champ.  I have also used their tiny altimeter, the Firefly in my flights. It adjudicated the VFW Post 4283 Charity Launch.  Additionally, I created an Ode to the PerfectFlite StratologgerCF page.

This company sells a whole line of flight computers and altimeters.  Most are GPS-based, and some have an amateur radio band telemetry channel.  I used the TeleMetrum on my Tripoli Level 3 flight.  I will be using the TeleMega on my Nike Tomahawk two-stage launch at this year’s LDRS in Argonia, Kansas.

I met, John Beans, the founder of Jolly Logic at NARCON 2019.  He produces polished and beginner-friendly altimeters.  The altimeters are self-contained and do not need a computer to program.

His breakthrough product is the Jolly Logic Chute Release.  This device holds the parachute in a small bundle until a certain altitude is reached.  Once the preset altitude is reached, the device releases and the parachute opens. It is dual deployment without an electronics bay and ejection charges.  At the Tripoli Tampa launches, rocketeers use a Chute Release on almost every round of launches. 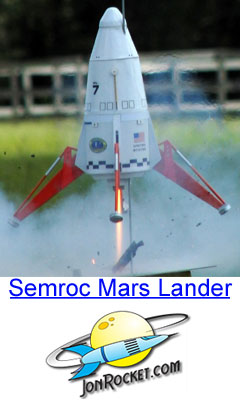 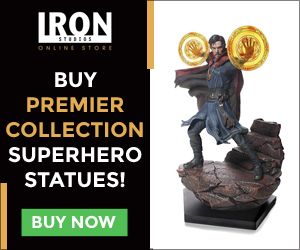