Rocket Motor Design Class – Day Two started with a discussion of solid rocket motors.  Interesting fact, one of the first useful American solid rocket motors was made in World War Two.  It was used to assist U.S. Army Air Corps bombers in taking off from small Pacific islands as many of the runways were very short.  The motor was made with ammonium perchlorate as the oxidizer and asphalt as the fuel.

The rest of the day is focused on composite rocket propellants just like the one we are designing for the class.  Composite solid rocket motors are essentially an oxidizer and fuel in a rubberized matrix.  The four components start with the oxidizer and fuel.  To bind them together and regulate the burn rate, a binder is added to the mix.  Then a curing agent is added to turn the mixture into a rubberized solid compound.

This compound is light and flexible.  It is very stable.

A burn demo was conducted outside of the building.  Each type of oxidizer propellant was burned and the differences were detailed.

One thing that surprised me was the slow rate of burn of some of these propellants.  It does not take a fast burning propellant to make a rocket motor that fits the requirements of the designer.

The rocket nozzle I poured in yesterday’s class was ready for the throat bore to be drilled.  The putty was still a little wet, but due to the time constraints of the class, we had to drill it today.  I drilled the bore with a drill press and the nozzle casting was returned to the oven to continue hardening.

The motor parameters assigned to me yesterday determined the size and number of propellant cartridges that needed to be created.  The cartridges are cut from 2-inch PVC pipe.  In my case, there were four cartridges and each was 3 7/8th inches long.  They were cut on a miter saw.

Each cartridge has a 3/4 inch central bore that is important for the performance of the motor.  For my motor, I covered a 3/4 inch dowel in wax paper and shipping tape and then centered one in each cartridge.  The cartridges were masked on one end with duct tape.

The propellant we are using is ammonium nitrate, magnesium powder, a binder, and a curing agent.  We also added a plasticizer to lower the viscosity of the mixture.  The ingredients were weighed out and added to the mixing pot.  The propellant was mixed for about 5 minutes and it was ready to be put into the PVC cartridges.

With the cartridges packed, the day was over.

Looking forward to tomorrow and completing the construction of the rocket motor. 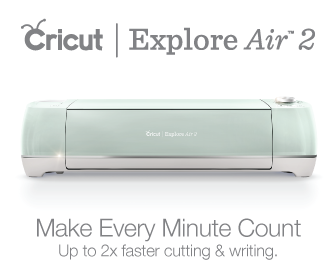