This post will document my Madcow Rocketry AQM-37A JayHawk rocket build.  I purchased this kit from Apogee Components website.  I wanted to build a scale model in anticipation of doing my NARTREK certifications.

From the start, you can see this is a premium kit.

This kit has some very nice features that many do not.  It comes with a durable nylon parachute, a parachute blanket, and a nosecone with the eye bolt already installed.  The shock cord is Kevlar at the motor mount and nylon at the nosecone.

As with most kits, construction of the motor mount is the first task.  This kit is different from most has it has a tail cone made out of balsa.  This is attached to the motor tube with 5-minute epoxy.  Once this dried, the forward centering ring is attached with epoxy.

I tied the rear shock cord around the motor tube and threaded it through the notch in the centering ring.  I apologize for not taking a picture of this before I glued the motor mount assembly into the body tube.

Next, I inserted the motor mount assembly into the the body tube and secured it with epoxy.  After the glue set, I drew three lines on the body tube.  One was between the wing slots to set the locations of the launch lugs.  The other two are extensions of wing slots.  These lines help align the long forward sections of the wings during attachment.  I use a piece of angled aluminum to draw straight lines along the body tube.

Before attaching the fins to the rocket, I seal the wood with a wood sealer. The sealer I use on this kit is Wood Grain Filler manufactured by Aqua Coat.  It is a water-based, clear filler that is easy to use, non-toxic, and easy to clean up.  I sealed the large wings and the winglets, let them dry, and sanded them with 400 grit sandpaper.

Once the fins where sealed, I test fit the fins into the slots on the body tube.  One of the fins was hitting the shock cord tied to the motor tube.  Using a hobby knife, I cut away some of the fin root to make the fin fit snugly against the body tube.

The instructions call for the winglets to be attached to the fins before they are attached to the body tube.  I chose to attach them with epoxy and will reinforce the attachment with a fillet later.

The fins are attached next.  I applied epoxy along the entire root of the wing.  The wing attaches to the external body tube as well as the internal motor mount tube.  So make sure you get epoxy on all the contacting surfaces.

The fins stayed in place fairly well.  I used masking tape to hold it in place vertically and to keep the front of the wing in line with the fin slot.

For the body tube grooves I am using Elmer’s Wood Filler that was thinned with water. The filler was applied to the grooves and the excess was removed as I worked.  I let it dry and sanded it smooth with 400 grit sandpaper.

I filleted the wings with FIXIT epoxy clay.  It is an epoxy clay that cures in about twenty four hours.  It is easy to shape and works perfectly for creating fin fillets and filling gaps.  The working time for this epoxy is at least an hour or two so there is no rush on getting it applied.

I rolled out small ropes of the clay and jammed them into the joint between the fin and the body tube.  Wear nitrile gloves when do this work as this product is an epoxy and may irritate people who are susceptible to it.  Once the clay is in place, I used my gloved index finger dipped in rubbing alcohol to smooth out the fillet.  The joints from the tube to the fin and the fin to the winglet were reinforced using this method.

I attached the launch lugs to the body tube using 5-minute epoxy and then filleting them with epoxy clay.  I put one near the bottom tail cone and the other at the anticipated center-of-gravity (CG).

The nose cone on this kit has two canards (small, forward fins) that need to be attached to it.

I had to adjust the dowel holes and dowels as my measurements/drilling was slightly off.  It was no big deal.  Once I got the canards to fit well, the dowels and canards were permanently attached to the nose cone with 5-minute epoxy.

Once the glue dried, I sanded down the dowels so that they were flush with the surface of the canards.  I will add epoxy clay to the dowel slots to even out the surfaces.

This kit recommends adding some weight to the nose cone as the lower fins and tail cone are relatively heavy.  To get the best stability from the minimum additional weight, the added mass should be placed in the tip of the nose cone.  Another challenge is epoxy does not stick very well to plastic.

Slow-curing West epoxy was used to glue the shot to the brass tubes and each other.  I poured the glue through the eye bolt hole and then rotated and shook the cone so that the epoxy would contact all the shot.  It cured overnight.

The next morning, I used a Dremel tool to cut the excess brass tube from the outside of the nosecone.  To create a smooth surface for priming and painting, the holes in the brass tubes were filled with epoxy clay .

Krylon paints were used to finish this rocket.  As the nose cone is plastic, I selected Krylon’s “All-Purpose Bonding” white primer.  It is purportedly good for priming plastic.  First a light mist coat was applied.  After a ten minutes, a heavier coat was applied.  It dried overnight and on the next day, two more coats were applied.

This is a scale model of a target drone, so it was painted to be seen easily.  In this case, it was a bright orange.  Using Krylon “Gloss Pumpkin Orange”, I followed the same painting technique that was used for the primer. Over a period of two days, the primary color was finished.

The nose cone needed to be painted so that the front end was black.  I masked off the parts that are staying orange.  Tamiya hobby masking tape was used and blue painter’s tape on top of that.  I used  printer paper to mask off the larger parts away from there the orange and black colors come together.  I hung the nose cone from a wire by its eye bolt and put two coats of paint on it. 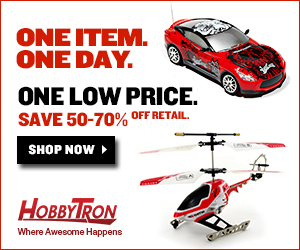